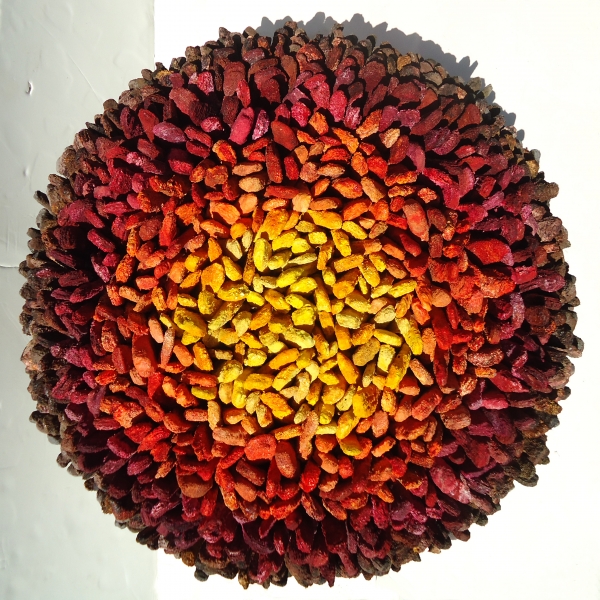 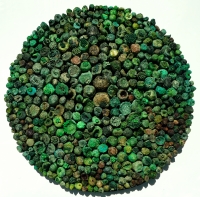 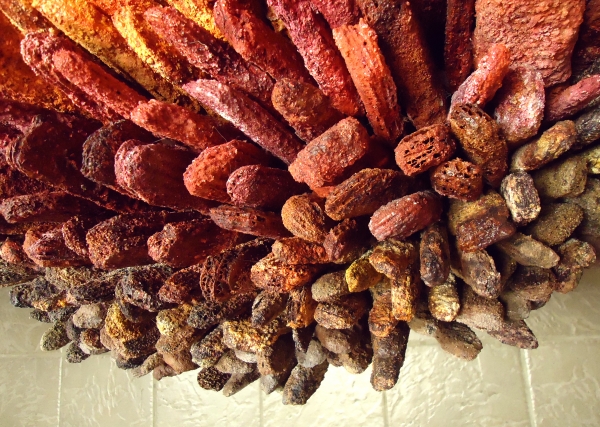 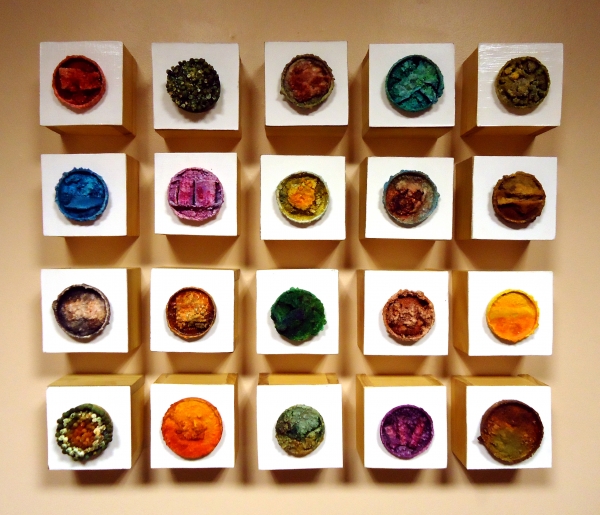 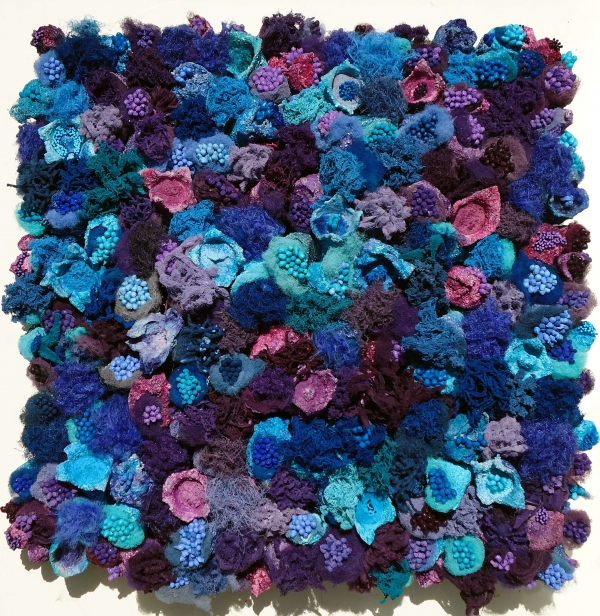 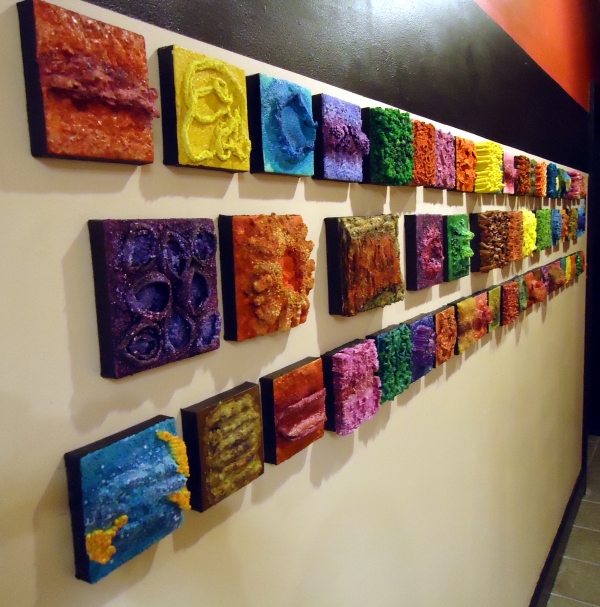 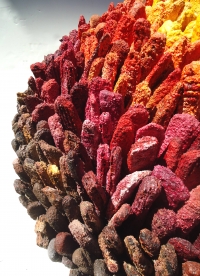 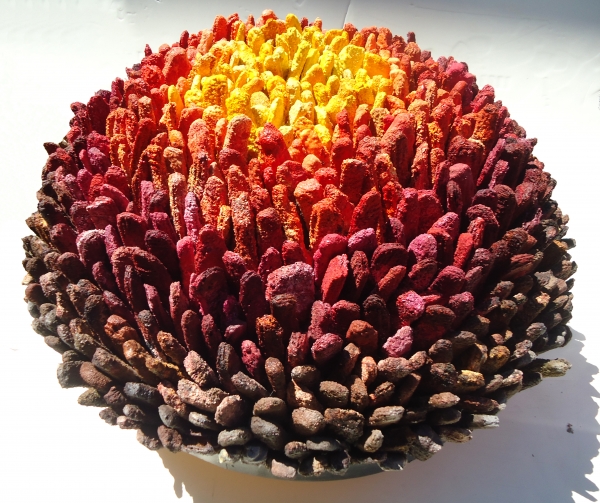 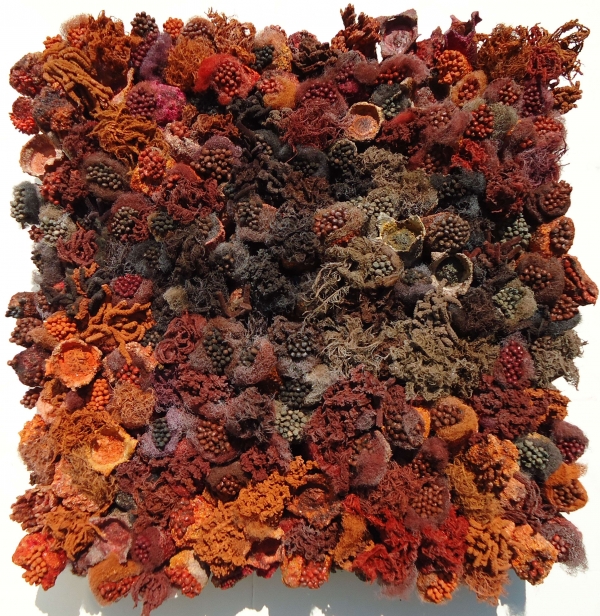 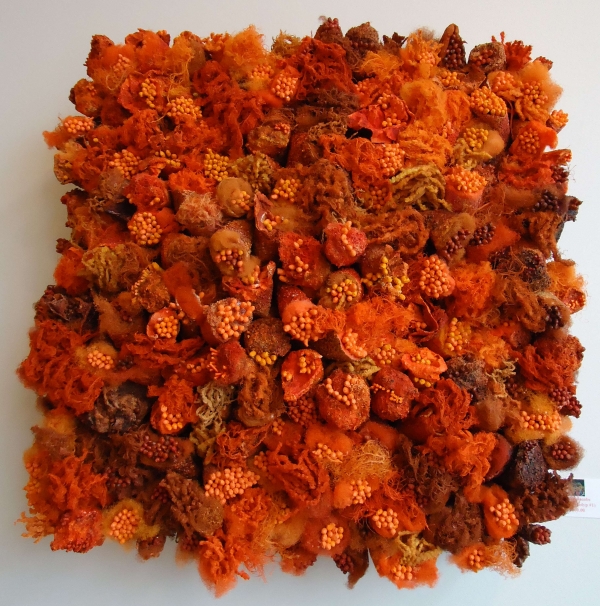 July 2, 2014 – COLUMBUS, OHIO – As an artist and observer of natural occurrences, artist Jonah Jacobs’ ceaseless goal to unlock the mysteries of natural structures can be explored during a very special exhibition, “Invasive Biomes,” running July 11–26 at MadLab Theatre.

“Nature presents itself in a dizzying array of organic shapes and structures. From the graceful spiral arms of galaxies to the nebulous webs created by tree roots, to the hexagonal geometry of honeycomb – the structures of nature are wondrous creations where beauty meets function, and the repeating of simple patterns enigmatically give rise to complexity,” Jacobs says. “Whereas some artists paint a two-dimensional representation of a bush, flower, or some other naturally occurring element onto canvas, my work instead deconstructs such elements, extracting from them their inherent qualities, so as to later recreate these qualities by means of capturing and presenting the essence of their magical form and poetic beauty.”

An opening reception with light refreshments will be held Saturday, July 12 from 5:00–7:00pm at MadLab Theatre and Gallery.

About the Artist: Jonah Jacobs
Jonah is an artist who lives and works in Cleveland Ohio. He was born in Denmark but has lived in the United States for most of his life. He is a graduate of Antioch College. He is also an Army veteran who served in S. Korea and in the 82nd Airborne Division.

The installation of the Invasive Biomes show was an extremely difficult affair. My girlfriend and I left the day before the install to travel to Columbus Ohio from Cleveland Ohio. We loaded the entire contents of the show into her Honda Pilot. To do so we had to create shelves in the back of her vehicle while also piling many of the smaller pieces on top of her SUV using bins and many, many, bungie cords.

We dropped off the work with little difficulty then headed out to eat, followed by a night at a nearby motel.

The next day however, more than made up for the ease of the day before. We arrived at the gallery at 10 a.m. and immediately got to work. First we unpacked everything, did a cursory layout of where all the art was going to go on the walls, and after that I began to repair the little bit of damage done to a couple of my pieces during the loading process.

Initially we had little difficulty getting the art on the walls. Trouble didn't begin to take shape until we attempted to install the largest piece: Accretion #1.

I had just finished this piece the day before and really wanted it to be the central piece in this art show. Accretion #1 has an amazing presence especially when viewed head on while facing the wall. Pieces like this one are always a challenge to hang because it's impossible to know in advance if the armature or cradle I made to hang it with will work the way I intended it to. Also, I never know what the end weight and distribution will be until the piece is finished. This piece turned out to be much heavier than expected weighing in at most likely, over one hundred pounds. To make matters worse there is no easy way to grip this piece since it is round and the pieces jut out over the edge of its frame. We were also worried that the wall, which was plaster, would not hold the weight of the piece.

We had to try though, I would not be content had we not given it our all. After driving in two leveled nails, it was time to lift this behemoth into place. My girlfriend and I grabbed a side, then I slid around to the front of the piece while she held on to the left side as she glided it up the wall onto the nails. The piece was very heavy and I was worried that some of the pieces were being crushed because a good portion of it was resting on my chest. I pushed while she guided -- my arms were burning and shaking, but slowly we got it into place and secured on the nails. Success! Or so I thought. Within a few seconds, the plaster wall on the right side began to give way. The nail was tearing downward through the plaster. Despite our valiant effort -- it would not hold. Briefly, I contemplated taking a picture, for while it was on the wall, it looked magnificent. Not risking to leave it up any longer, we took it down. Instead of giving up though, we rewired the back of the piece, removing screws and doubling up on the cable in the back of the piece.

The rewiring took about an hour and a half. Had anyone been watching it would have been a comical site. The two of us were on the ground working beneath this piece which was less than a foot off the ground on a wheeled platform. We must have looked like a couple of crazed mechanics, but except of working on a car we were working on the guts of an unruly art piece. Hungry, tired, hot, and dehydrated, it was time to make another go at getting this piece on the wall. Nails were nailed into a new spot on the wall and soon it was time to try again.

The second attempt had me even more worried than the first attempt. My forearms were bruised and had small lacerations on them from bearing the weight of this art piece. It has a lip on it that goes around its entire circumference and it has a tendency to really cut into your forearms anytime it is lifted. Also, my muscles were tired from the previous attempt -- the lack of food wasn't helping things either.

The funniest part of the whole ordeal was when my girlfriend, using her creativity and imagination, made me a pair of gauntlets for my forearms using paper towels and duct tape. We dubbed them "The Gauntlets of Power" The amazing thing is, they actually worked. These bizarre paper and duct tape wraps actually did protect my forearms from further abrasions and provided padding enough to allow me to soldier on. With a heave and much groaning we made our last attempt. Unfortunately though, we encountered the same results. Within a few seconds the plaster began to tear again. In defeat, we took it down.

Eventually I settled on putting Accretion #1 on an upturned table that doubled as a pedestal. It didn't look as amazing as it did while on the wall, but despite all of this, it still commanded a heady presence.

The rest of the day was not as challenging, but gruelling in other ways. Having a lot of small pieces to put on the wall, all of which had to be equal distance from one another and leveled, made for a tedious and monotonous day. In the end though, the two of us put up an entire show in twelve hours. We did so by grit alone. We didn't eat nor take any breaks from the moment we got there until after 11 p.m. We also had little fluid the whole day, which, to make matters worse, was a hot and humid day.

And after all of this, my girlfriend had to drive home in a rainstorm that lasted almost the entire drive home. She also had to be at work a few hours after getting home that night in order to work a twelve hour day. Without her determination, creativity, and love, I could not have done it. And to any of you out there who thinks art is easy, all I have to say is, you are wrong. It may not be the hardest thing in the world, but it is far from easy. ----Jonah Jacobs----